Not too little, but too late! 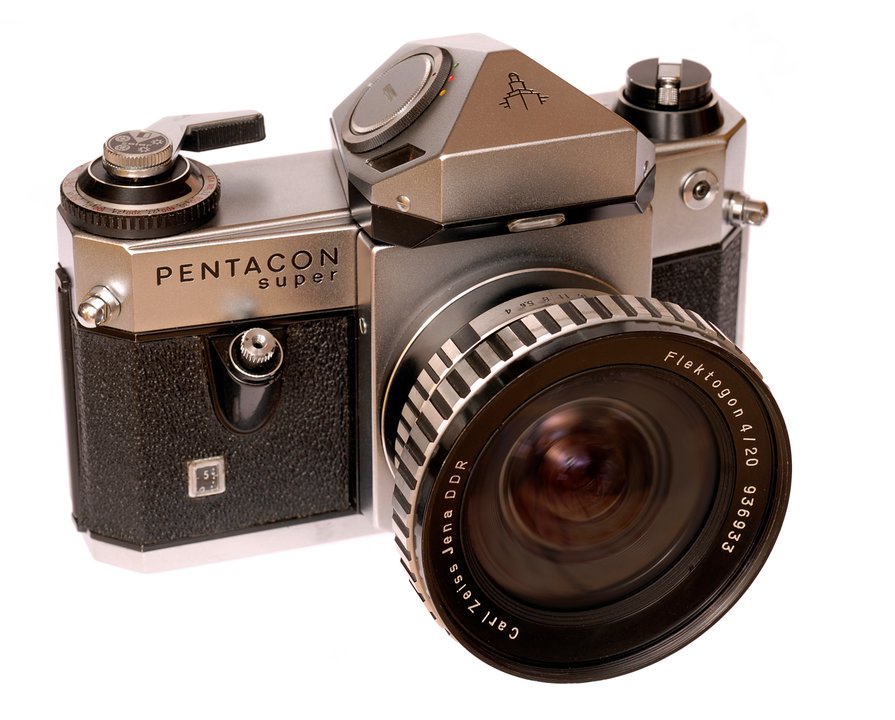 The late 1950s in Dresden: The era of upheaval

During the 1950s the Dresden camera industry more and more slithered into a critical situation mainly due to its fragmented structure. There were two big enterprises Kamerawerke Niedersedlitz and Zeiss Ikon Dresden plus quite a lot of smaller factories like Certo, Belca, Altissa etc. A third large camera maker, the Ihagee Dresden, has to be seperated from this group since this company still was legal property of the Dutchman Johan Steenbergen and his heirs and therefore could not be nationalised (no “VEB”). Therefore the whole competence of camera developing and making was fragmented between several entities. As a result of this situation there also was no coordinated production programme and the manufacturing was altogether inefficient. To overcome this structural crisis officials started a constant process of concentration. Beginning with a merger of the camera development departments of Kamerawerke and Zeiss Ikon in late 1956 and followed by a sudden abandonment of the Zeiss-Ikon-label in spring 1957 the whole process culminated in the foundation of the new Camera and Cinematography Company (“KKW”) in January 1959. This large scale enterprise now concentrated most of the formerly independent facilities and later became known as VEB Pentacon Dresden.

The Pentacon Super clearly revived a basic concept the East German camera industry had implemented in the 1950s with the Praktina. Beeing a pioneer then, most of its unique design elements had long been "adopted" by the Japanese camera manufacturers when the Pentacon Super came out more than a decade later.

But the critical situation I mentioned above was not yet solved. There was a lack of new products especially aming to the mid-range of the amateur camera market. Only at the upper range Dresden did have its single lens reflex cameras with the Praktica and the Exakta selling very well abroad. But bear in mind that both these cameras were pre-war constructions and their potential for enhancements was quite narrowed. Kamerawerke Niedersedlitz under the lead engineer Siegfried Böhm had developed a new type of a single lens reflex system camera with a modern shutter control and a fully automatic aperture mechanism. But obviously this PRAKTINA IIA was not very efficient to produce so it turned out to be a very expensive camera (around 1000,- Mark, depending on the standard-objective and the viewfinder it was equipped with). Even after the extensive price-cutting from March 1960 it remained unattainable for most of the customers in East Germany. And obviously this Praktina IIA did not have enough reputation on the international market to sell well and take over the role of the declining Exakta Varex. As a result Kamerawerke obviously produced this Praktina in form of a stockpile. Although Zeiss Jena just had presented a complete range of new fully automatic lenses at the Leipzig Spring Fairs 1959 and 1960, Kamerawerke suddenly ceased production of the Praktina IIA in May 1960.

Since this rash decision to drop the Praktina was nothing but an abrupt reaction to an economical crisis caused by years of internal mismanagement, leaving the product line of a professional 35 mm SLR just in a moment when this market niche began to take off (Nikon F, Canonflex, Topcon RE) seems entirely incomprehensible from an outside point of view. This simply has to be seen as a clear indication for an entirely irritated and unsettled situation of the Dresden camera manufacturing industry by the start of the new decade. 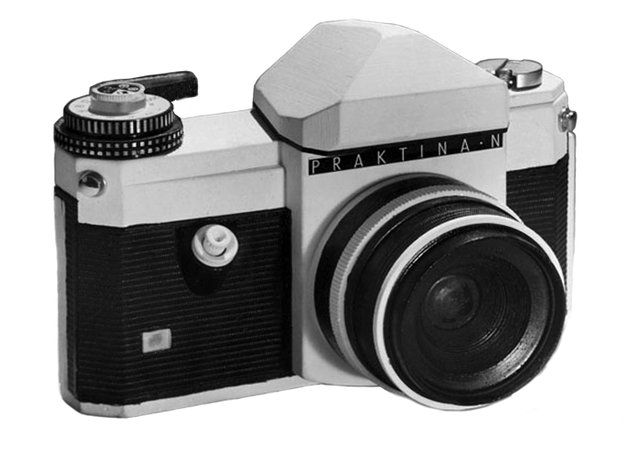 A wooden model of the Praktina-N, designed by Manfed Claus in the early 1960s. This was a first step to resume work on the project of a professional sytem camera made by the East-German camera industry. (picture by Pentacon)

New operational structures: A new startup in the professional league

A few years later when all  that competences hidden in the formerly fragmented plants were concentrated in a large-scale concern, this situation began to change and interest in a professional system reflex camera became revitalised. Parallel to the modernisation of the Praktica line (resulting in the PRAKTICAmat with TTL-metering in 1964/65) KKW/Pentacon worked on such a new high end single lens reflex camera. The first step in this direction was a patent from May 1961 applied on a metal leaf focal plane shutter [No. DD27,434]. This prototype worked with only two metal leaves resulting in quite a large dimension of the whole shutter unit. Later that year the upper/lower leaf was replaced by a piece of rubberized cloth making the whole moving parts much lighter [Patent No. DE1,145,474]. The cloth material was just bent or stretched when the metal part moved. This still required quite a lot of space but made the curtains very light so that this shutter construction reached a shortest shutter time of 500 µs and a shortest open-time of 8 ms. This unique shutter design of the Praktina-N/Pentacon Super turned out to be astonishingly quiet (when mounted into the camera) and very robust. 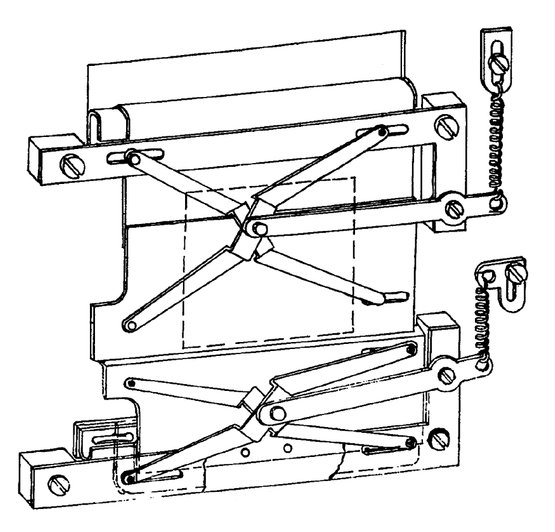 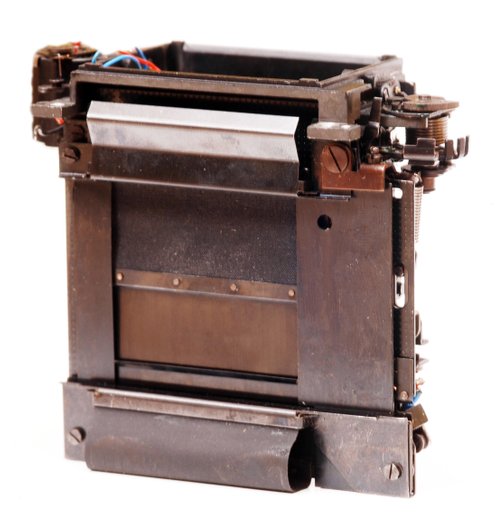 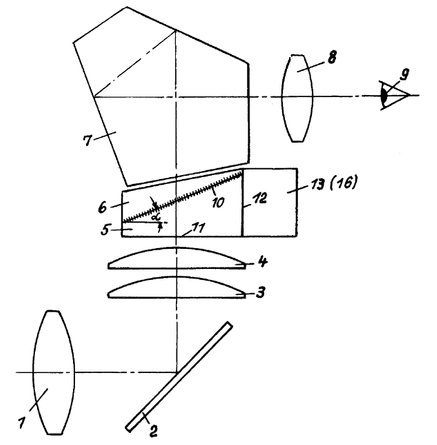 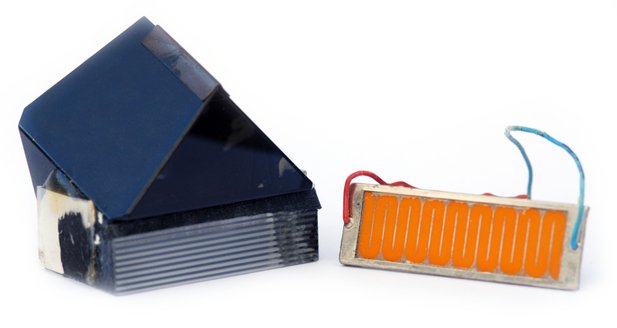 The second feature of this camera was the TTL metering at open aperture. The way how a certain amount of light was extracted from the viewfinder image was generally the same already used in the Praktica mat. The working principle of this TTL meter was conceived by Horst Strehle [patented on 30th of May 1964 as DD41,373; 5th of June 1964 DE1,215,506]. It worked with two wedges of glass beneath the viewfinder prism which reflected a small part of the light onto a large surface light dependent resistor. 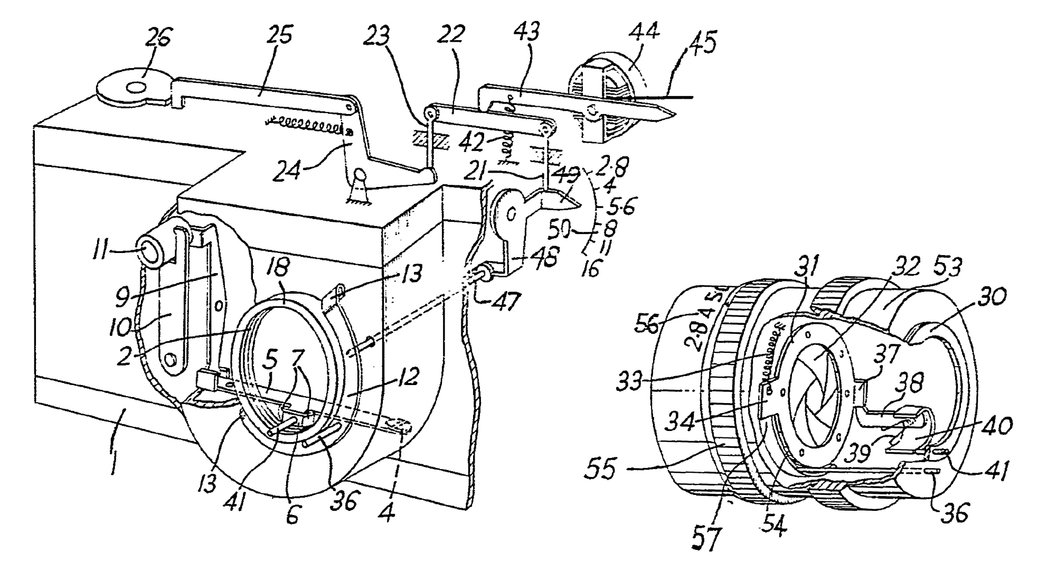 An important feature of this metering system was the aperture value transmission. While the Praktica mat was working with a stop down metering, the Pentacon Super was arranged to measure the light at a fully open aperture. First patents concerning this topic date back to 1962 [e.g. No. DD43,102; DD54,185]. But the most interesting patent I have found was applied in Britain in April 1964 [No. GB1,067,584]. This patent gives us a complete overview of the general conception of the Pentacon Super. The basic part is the summation gear (part 22 in the above sketch) which integrates both the time value (incl. film-sensitivity) and the aperture value into the metering device. For this purpose the metering instrument is mounted revolvably. The amount of degrees the instrument is rotated directly corresponds to the exposure steps from one shutter time to another respectively from one aperture value to the next. Both movements stem from the time cam (pt. 26) and aperture cam (pt. 54) and are integrated by the summation gear which turns the metering instrument via lever 43. Although in the actual Pentacon Super the transmission of the time value was realized in a different way (with a chain instead of the shown levers) the general principle remained the same. The basic claim of this patent was that this open aperture metering could be realized with an M42 thread mount, which is incapable of delivering an exact 12 o’clock position of the lens. At first sight (and from the today’s point of view) this adherence to the M42 mount might seem as a disadvantage, but in 1964 this mount was one of the two most widespread standards. Remember that the Topcon RE super, which had a TTL metering at open aperture as well, was conceived around the other widespread standard of that era: The Exakta mount. 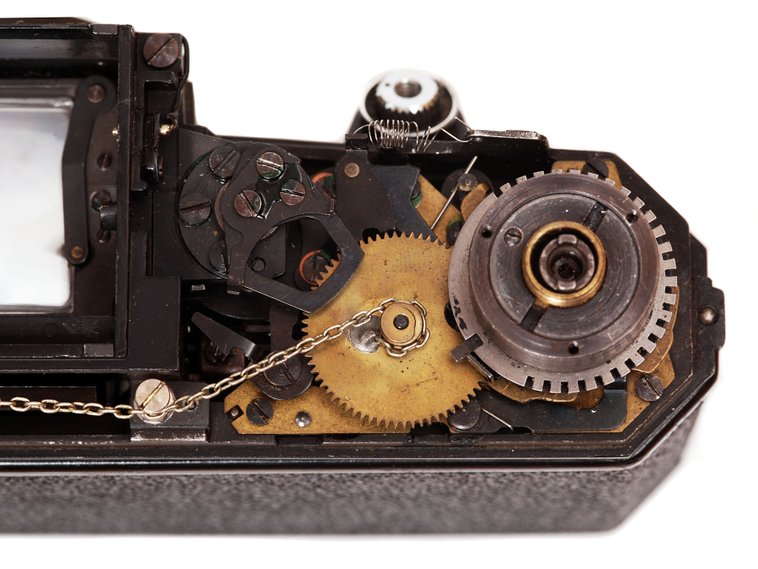 Cable winch for transmission of the time values to the summation gear.

On the right side you can see the metering instrument (with the red and blue cable) and the cam plate which rotates the instrument according to the time and aparture values used. The camera only contains the metering instrument and the summation gear. The current for the instrument which directly corresponds to the  luminance of the viewfinder  image (TTL metering) is provided by the prism finder which contains the light dependent resistor and the  battery (below). The battery has to be a mercuric oxide zinc cell, because the whole "metering-electronics" just consist of the battery in series with the LDR and the amperemeter. Therefore the highly stable reference voltage of the mercury cell is indispensable for correct metering. Although very simply designed, the TTL meter of the Pentacon Super works extremely precisely over a very wide range of motive-illuminances. 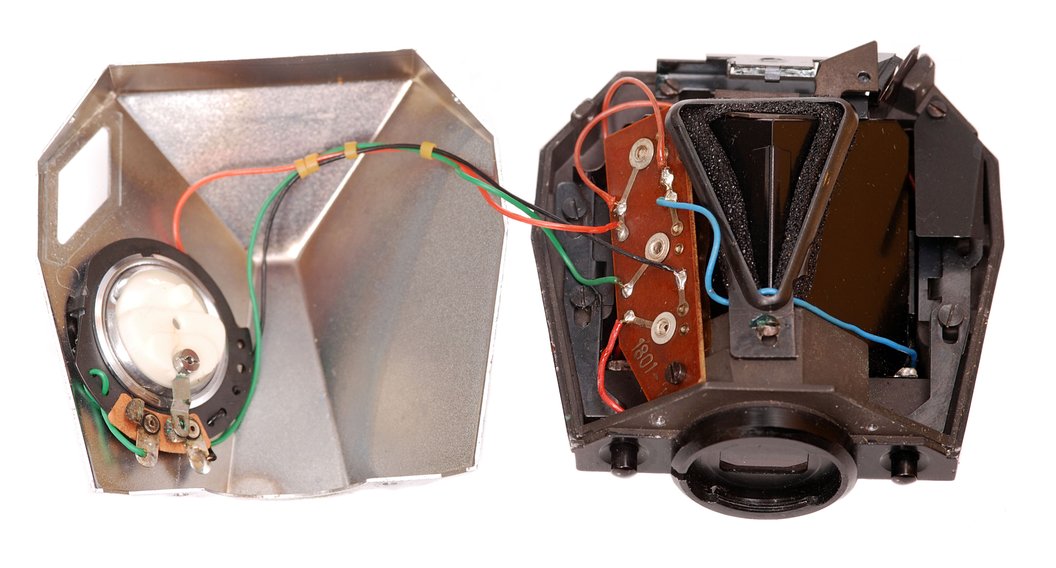 The rest of the camera is mechanically very well built. The chassis is made of one rigid piece of die-cast aluminium.

The Pentacon Super was designed as a camera with an electrical motor drive. But motors just make sense when the camera can be triggered by electrical means as well. If you look at the picture above showing the motorized Praktina, you'll see an arm pushing the usual trigger knob of the camera. This arm had to be adjusted carefully and needed quite a large magnet to get enough force. When the Pentacon Super was concieved, the responsible constructor Horst Strehle (together with Manfred Wießner) invented a simple mechanism to offer a second trigger on the bottom of the camera that was directly connected to the motor drive and needed a much smaller electromagnet. This invention was patented on the 25th of March 1963 in the West German patent No. 1,218,284. 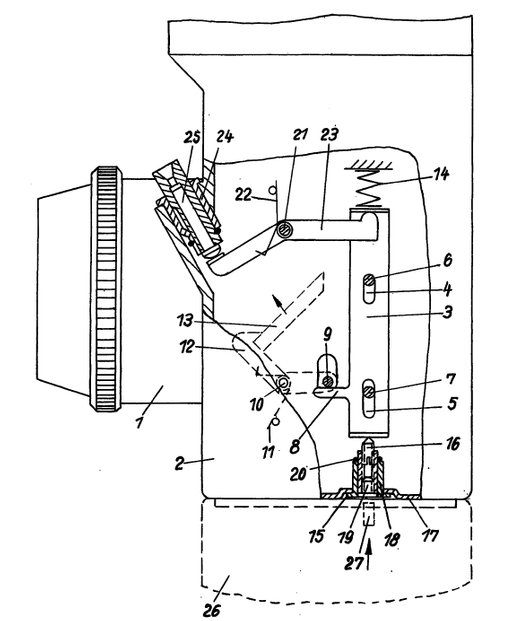 Classification of the Pentacon Super and the reasons for its failure

The large shutter and the mechanical solution of the TTL meter leads to a very bulky camera, as the direct comparison to a compact Pentax ME shows. This was acceptable for a professional camera, but for the amateur Praktica L-series Pentacon had to develop a more compact shutter with three leaves per curtain.

The Pentacon Super was very modern in its construction. It consisted of separated components that could be pre-produced and adjusted and just had to be assembled into the chassis. The main components are the shutter and mirror mechanism (left), the transport gear, two escapements for the "short" shutter times (right) and for the long times/self timer and finally the metering system. 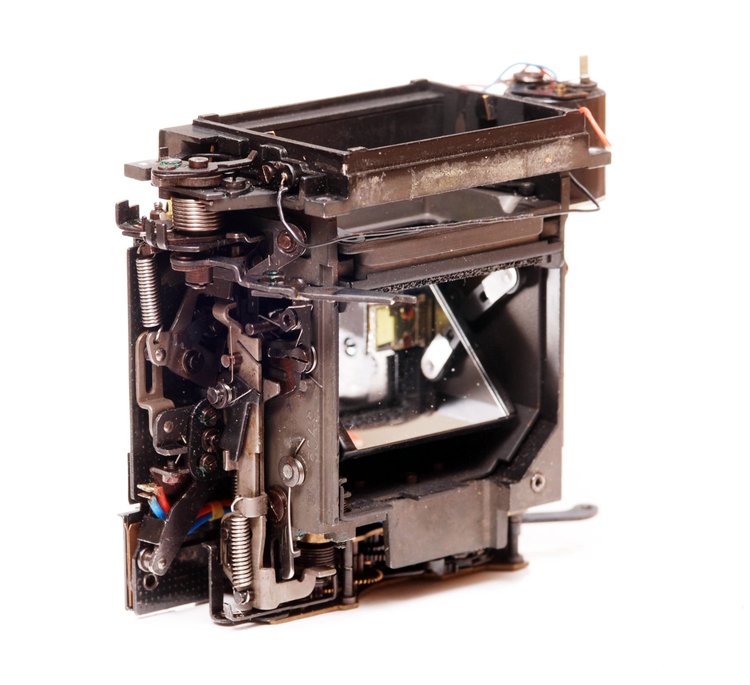 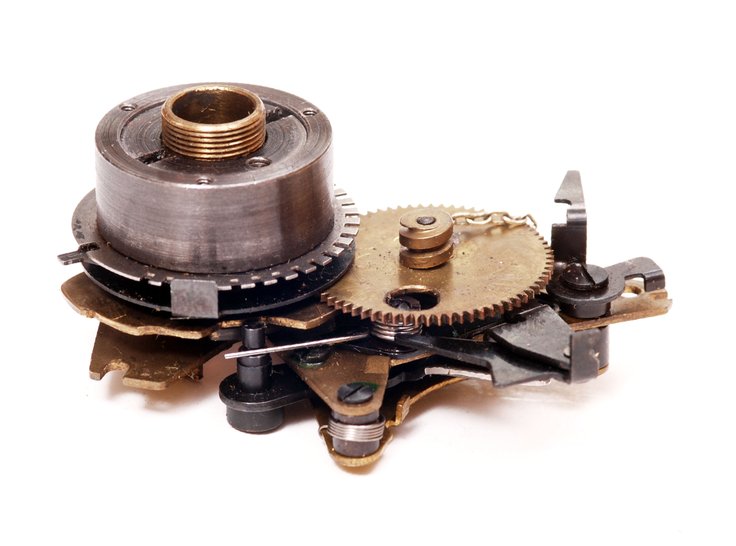 The above Pentacon Super outfit was bought directly at Leipzig Spring Fair 1969 including the electric motor and the 17m cassette (shown on top of the site). It was the most expensive camera ever made by Pentacon. The price with the Pancolar 1,4/55 was 2287.- Mark; so minus the price of the Pancolar the camera itself with prism cost 1740.- Mark. The 17m back cost 320.- Mark with optical confirmation of the exact film transport and 288.- Mark without that feature. The motor drive cost 547.- Mark plus 83.50 M for the trigger and 91.- M for the accumulator. So this  setup was very expensive – too expensive. The demand within the domestic market got saturated very quickly and for the international market the Pentacon Super came much too late.

Considering the fact that the first patents date back to 1961 (shutter) and 1962 (TTL meter) it took much too long until the finished camera entered the market. Although first shown at Leipzig Autumn Fair 1966 [cf. Die Fotografie, 9/1966, p. 325/326], the Pentacon Super did not enter production until 1968. By that time professional photographers had long switched over to Japanese professional cameras like the Nikon F although the Pentacon Super with the internal coupling between the lens and the TTL meter was the more modern and easier to handle solution. Nikon did not switch over to an automatic indexing until 1977! But professionals had already taken their decision on the prefered camera system. Therefore the Pentacon Super turned out to be a commercial failure. In this respect the Pentacon Super was comparable to the West German Contarex Super: They both were eleborate and ingenious, but not successful.

Two comparisons: Above the Pentacon Super next to the West-German Contarex Super. Both top of the line models of these to former rivals.

Below another comparison with the (at this time already) established Nikon F. Both have their motor on (without power supply). And yes: these two cameras really stood next to each other when I took this photo. So you can see how big the Pentacon really is. 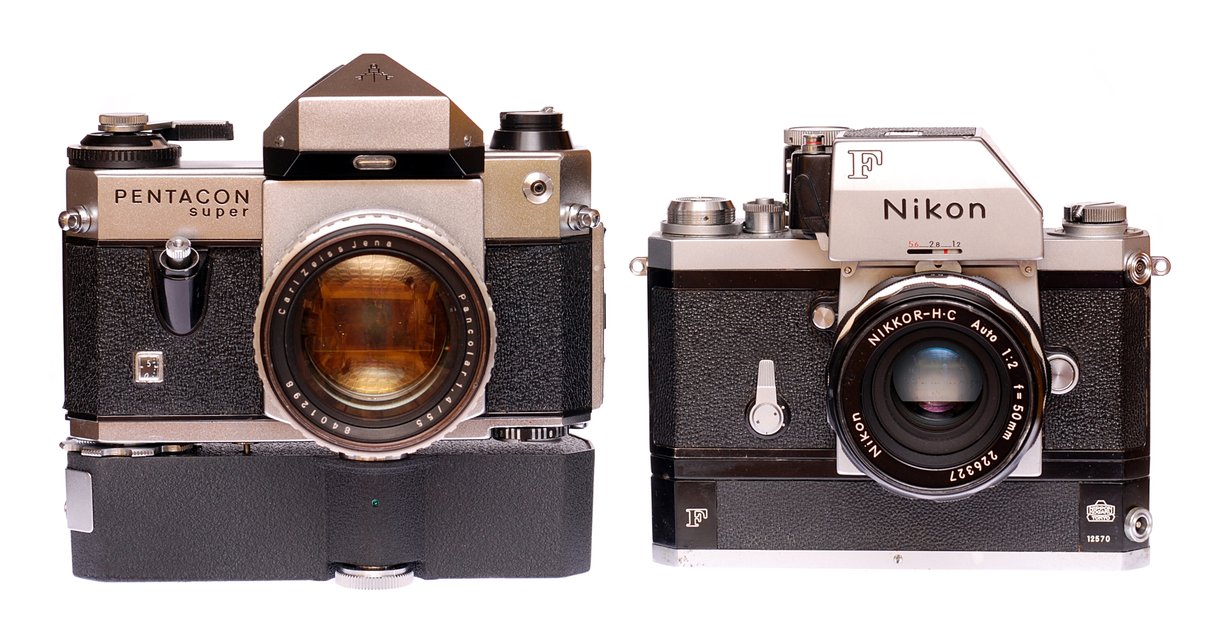 In conclusion of this topic here is a video of a restoration of a Pentacon Super showing the great and precise shutter. 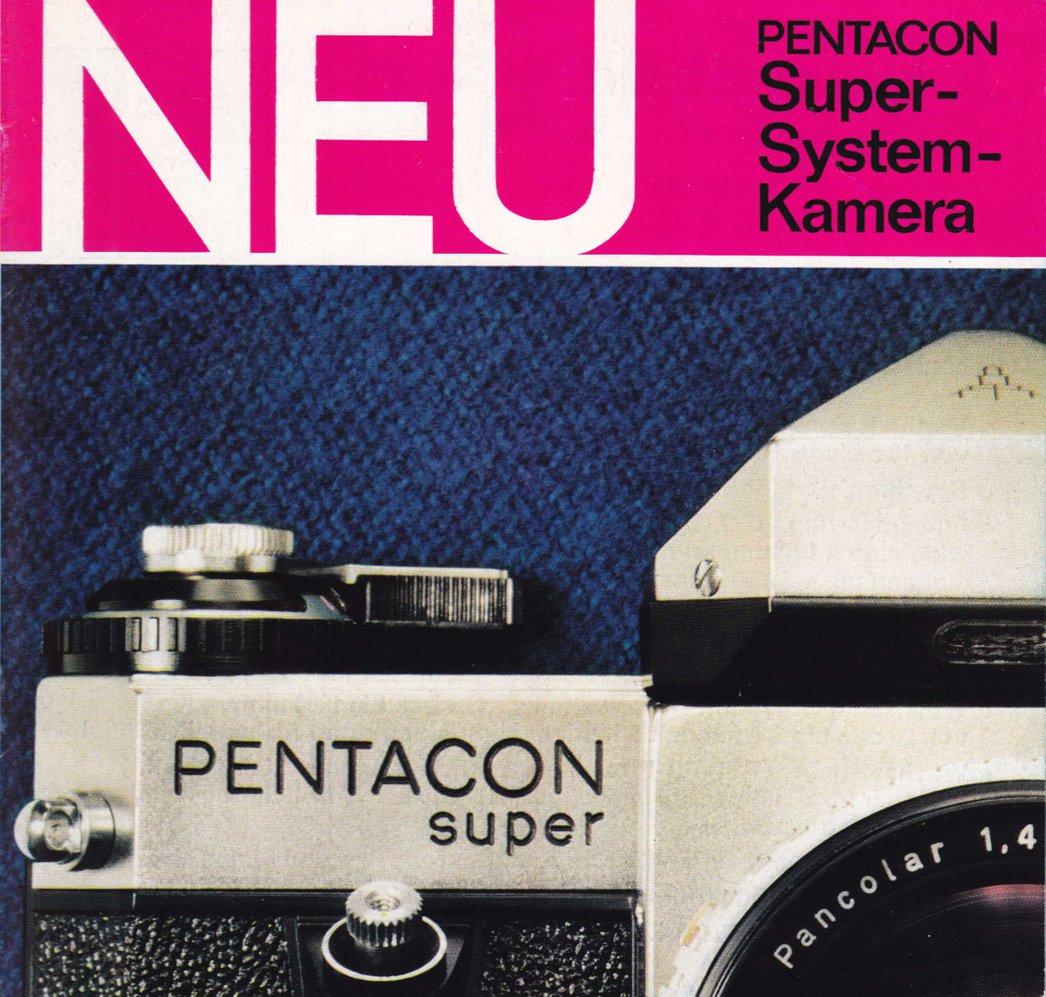 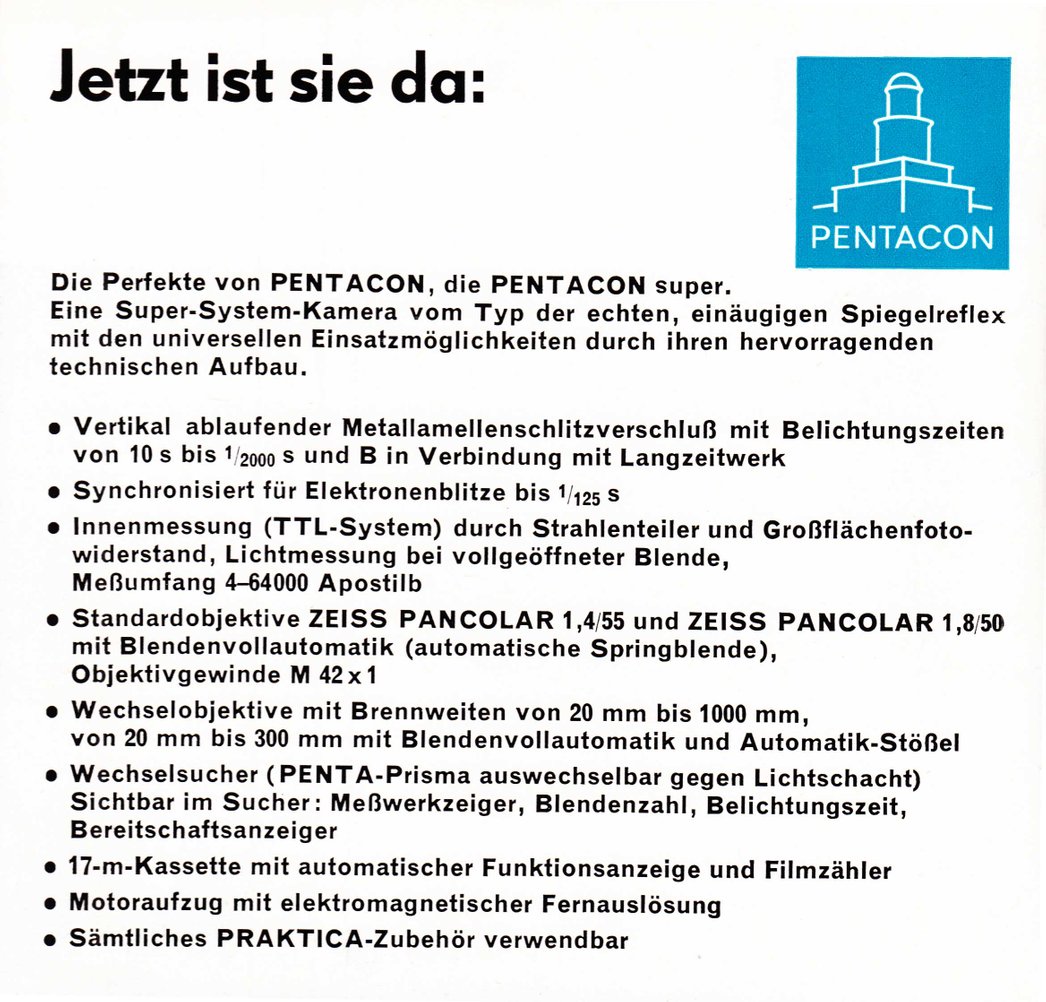 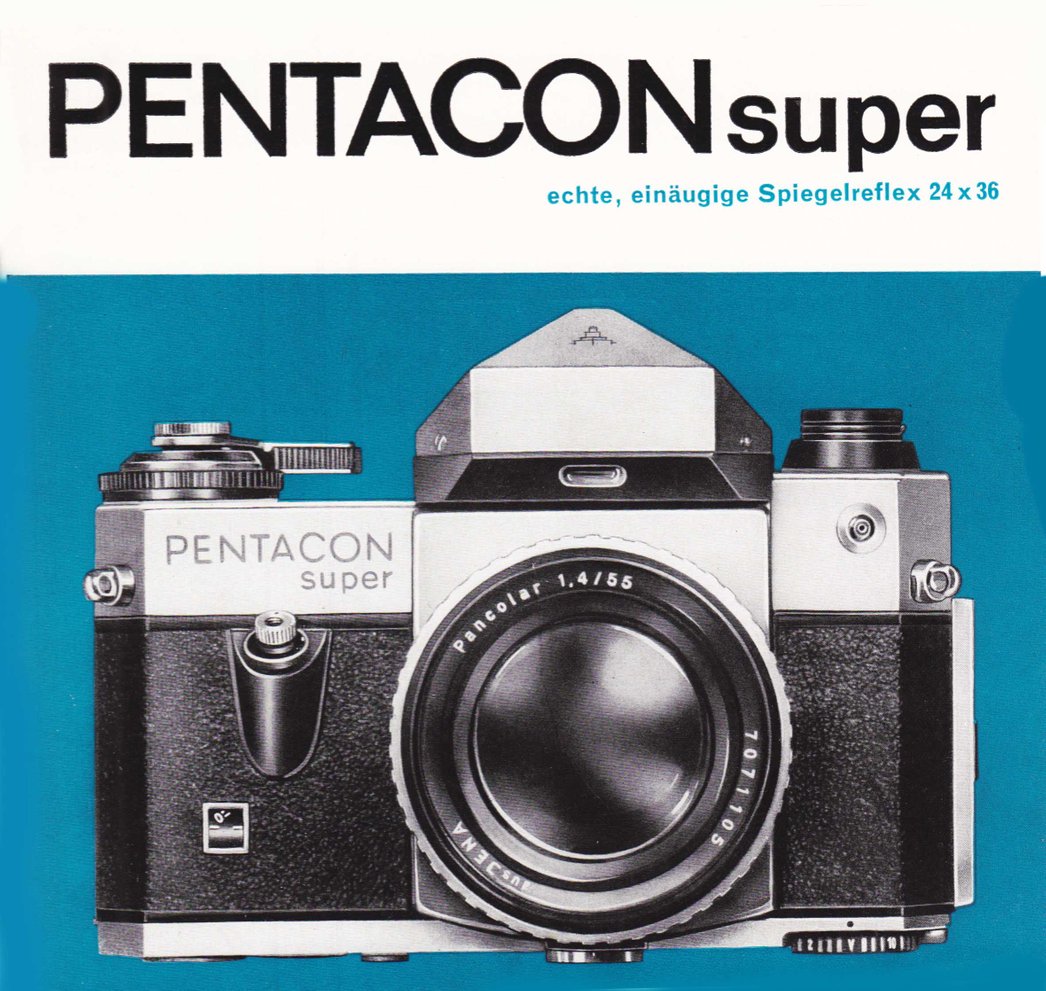 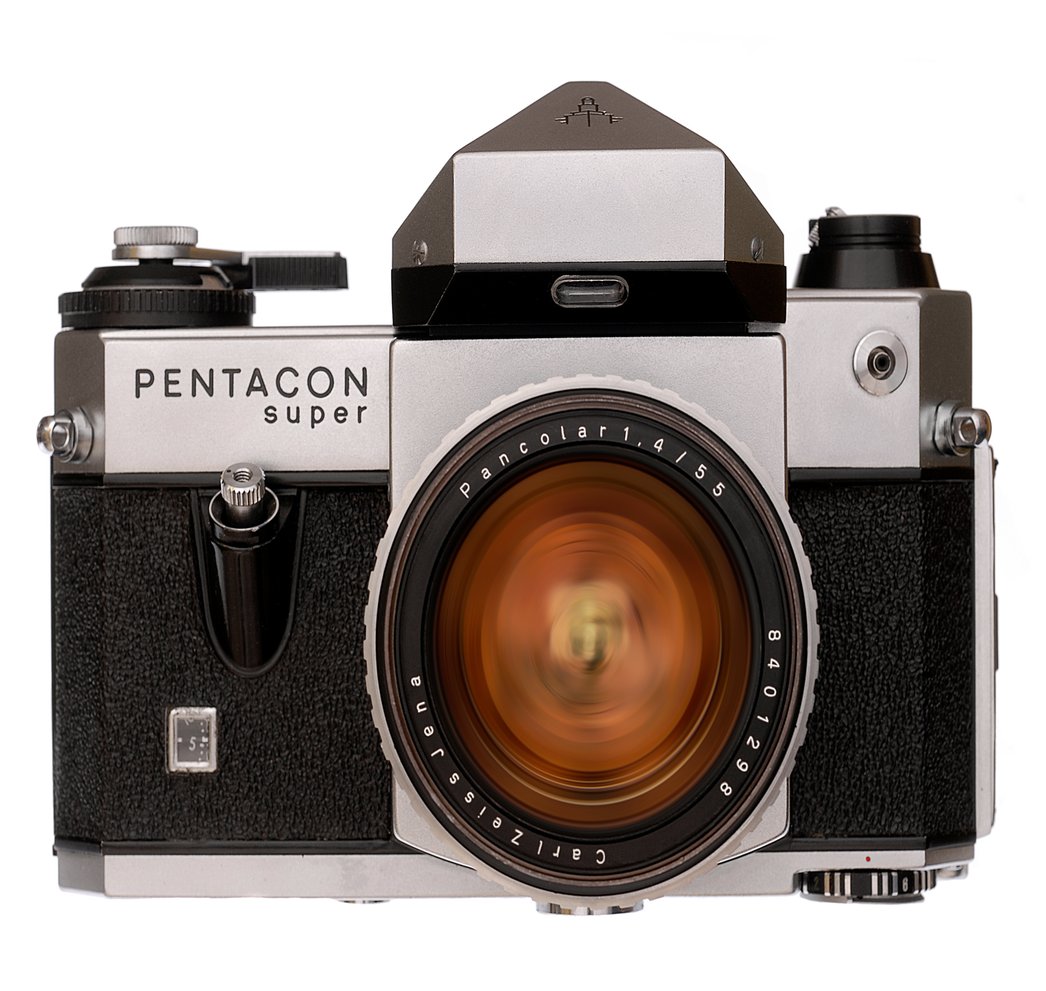 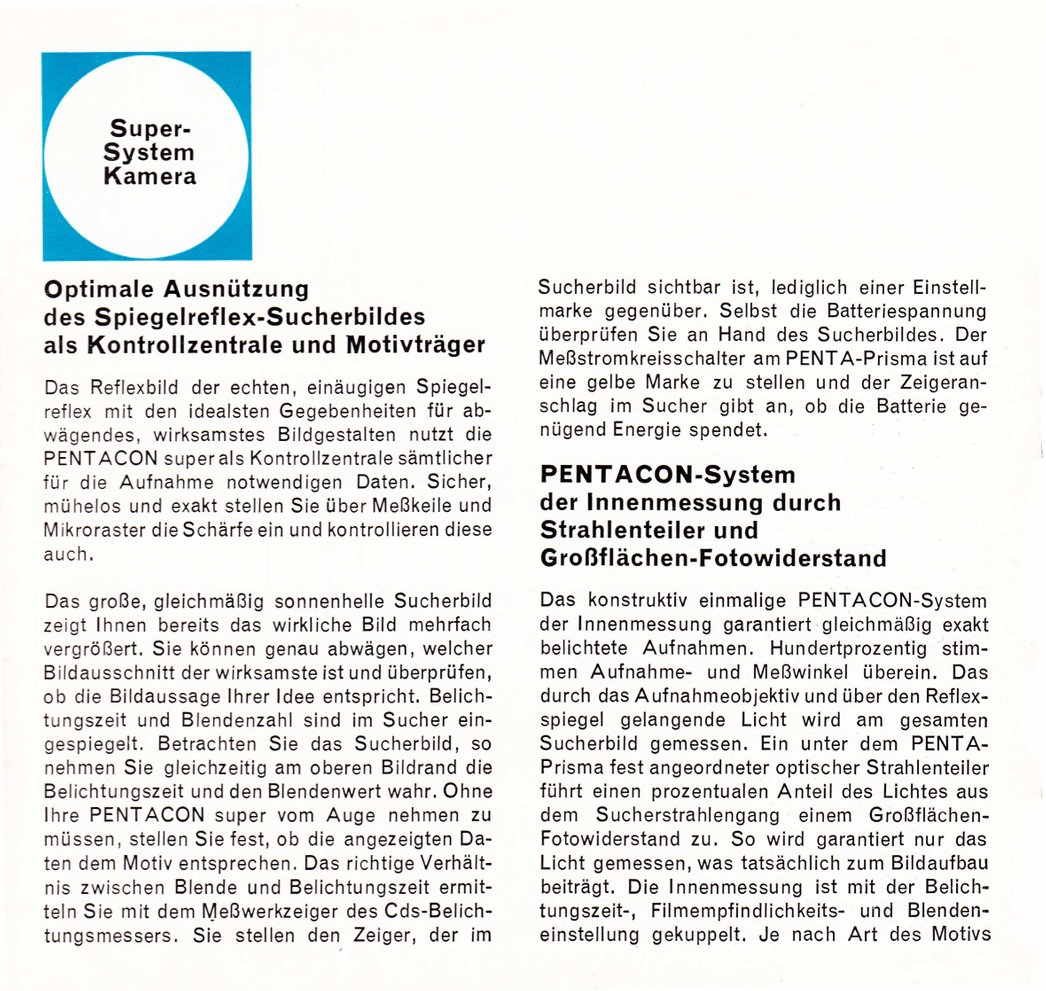 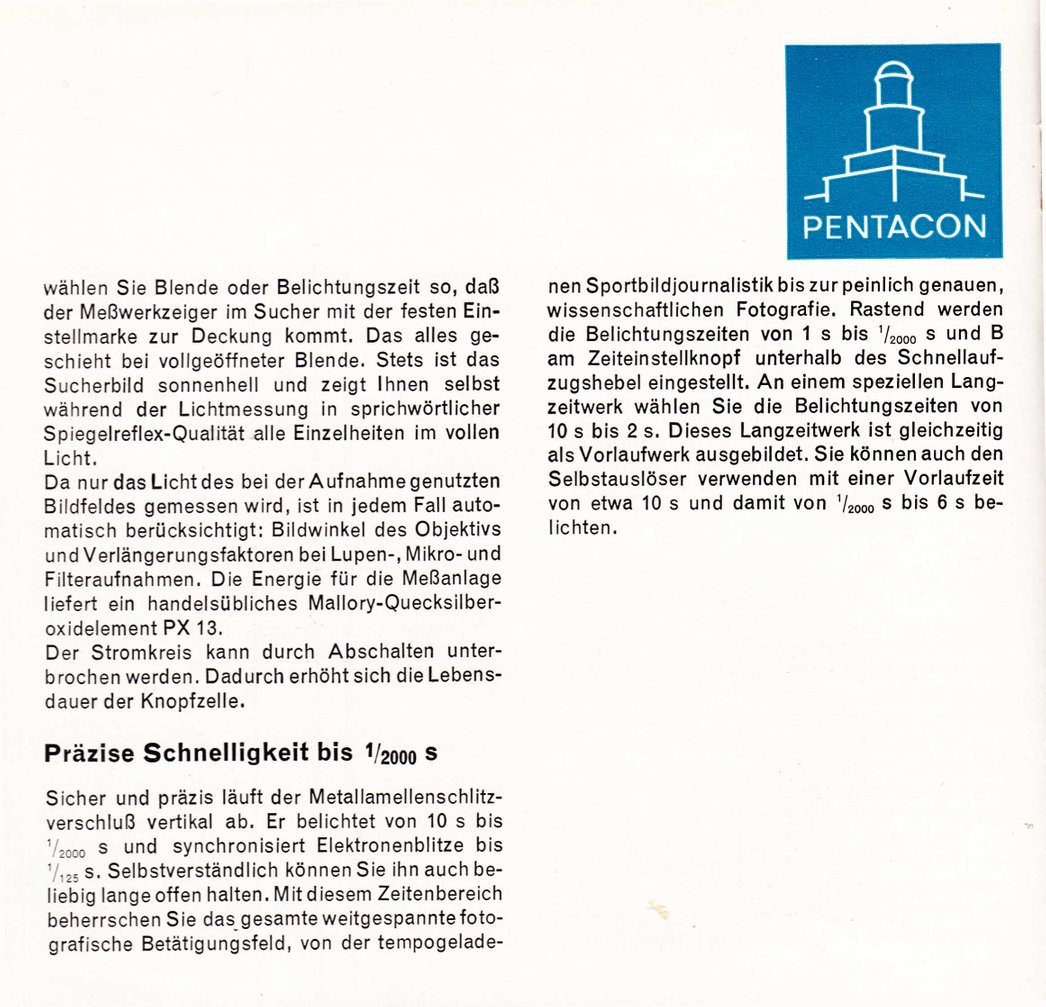 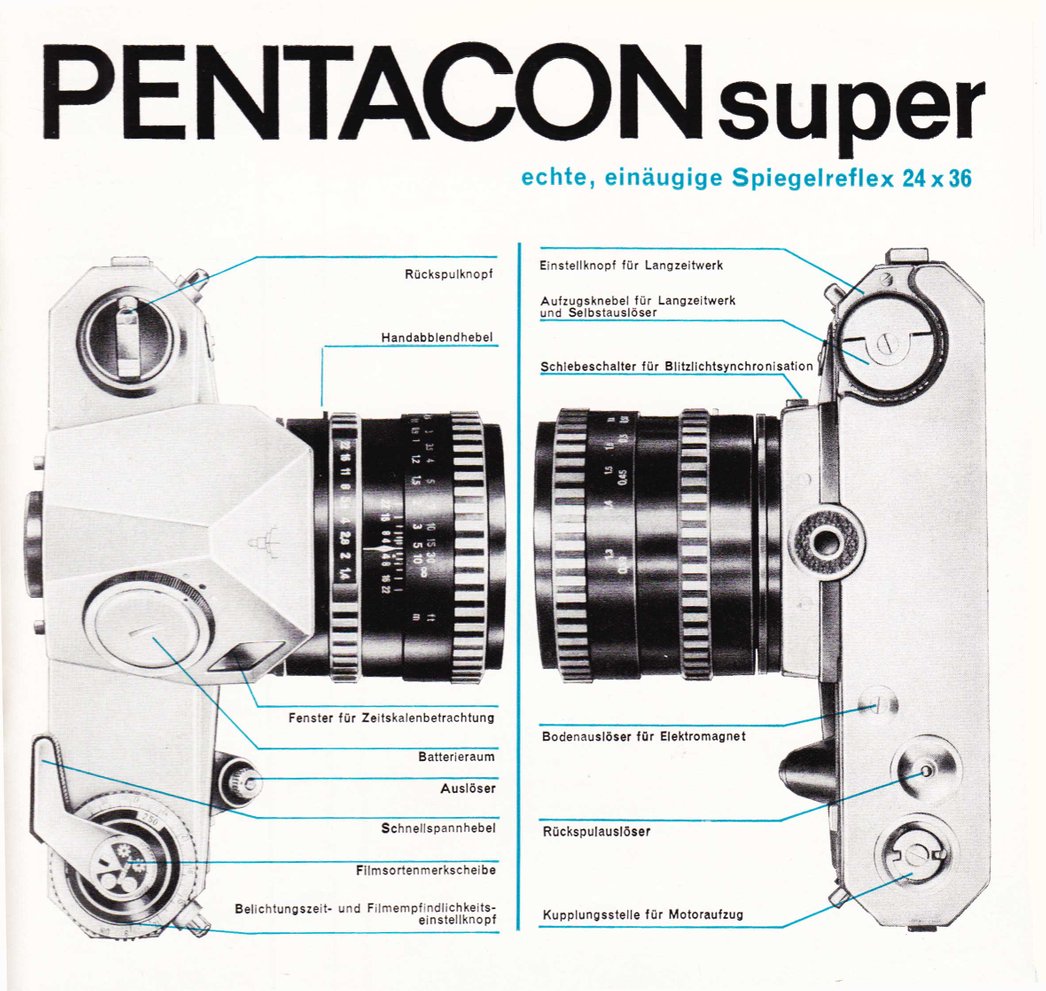 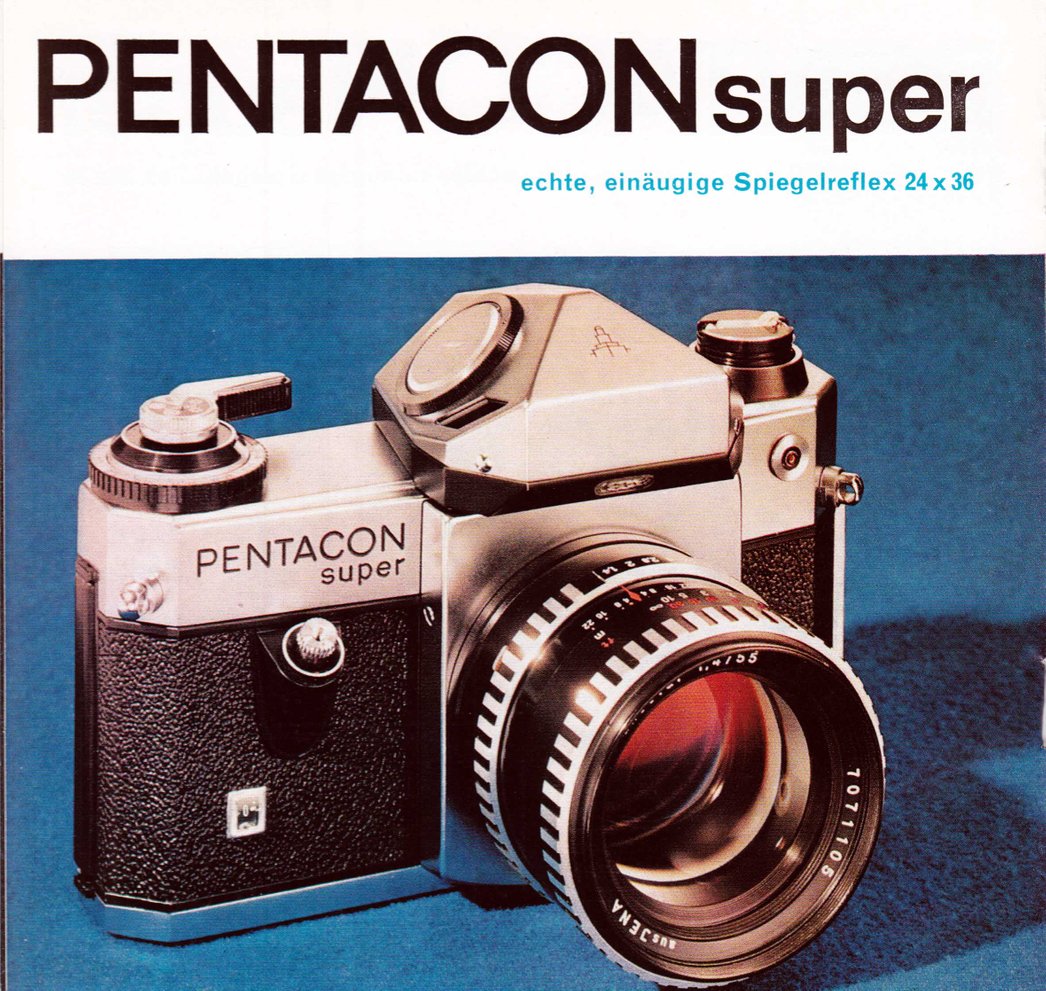 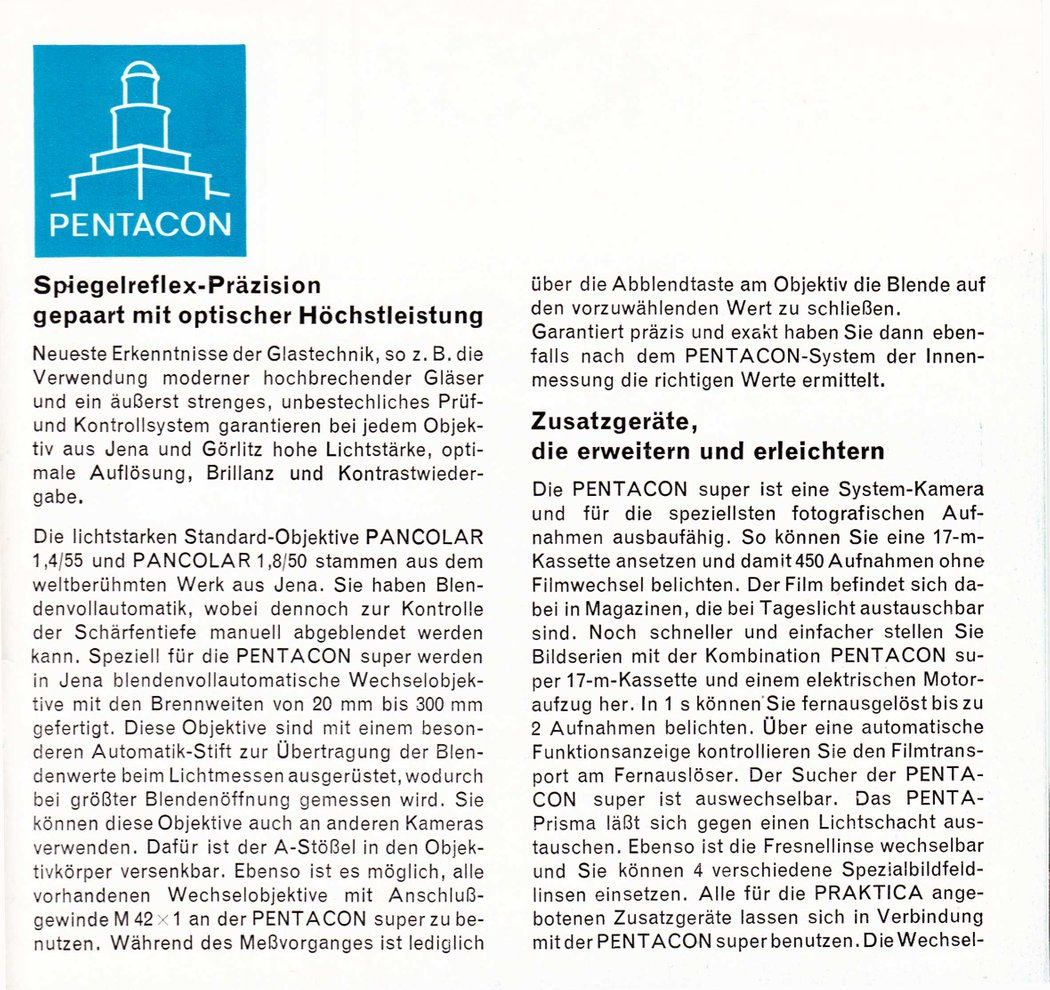 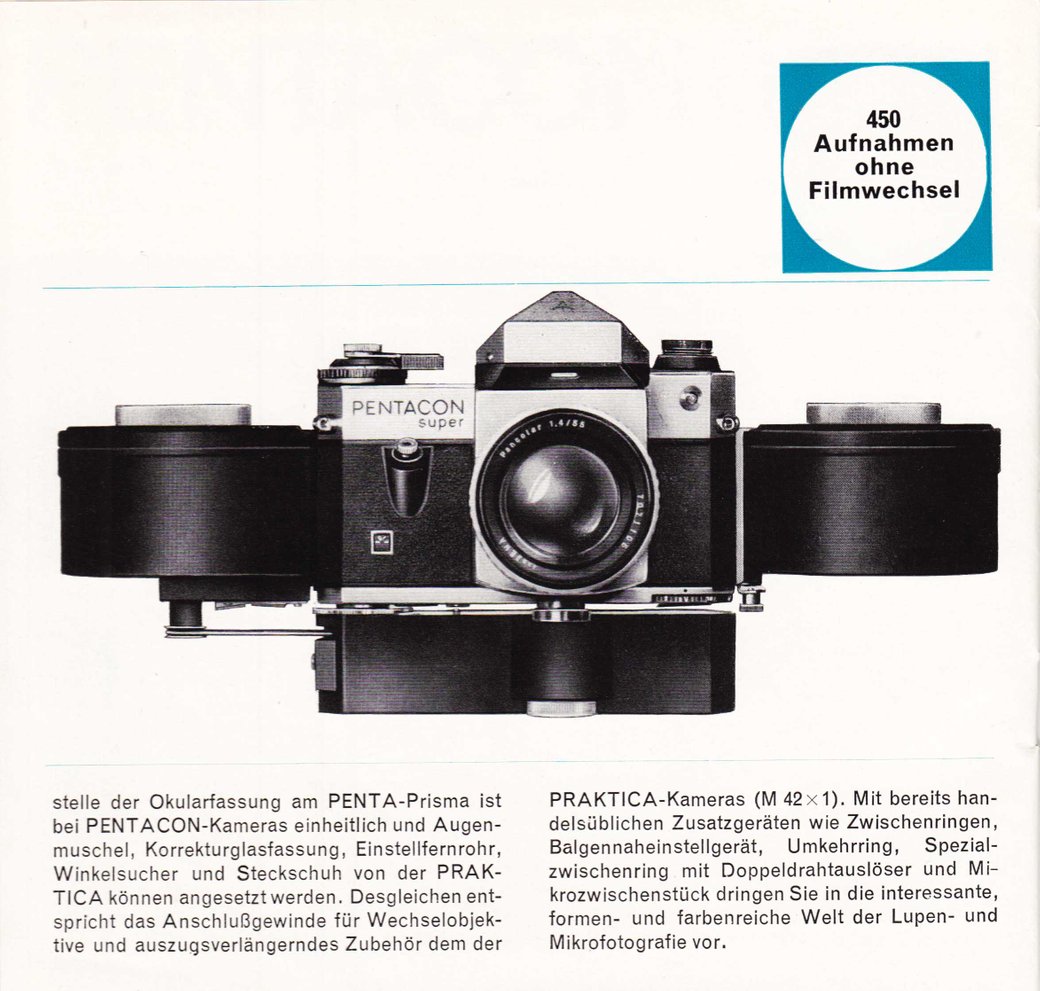 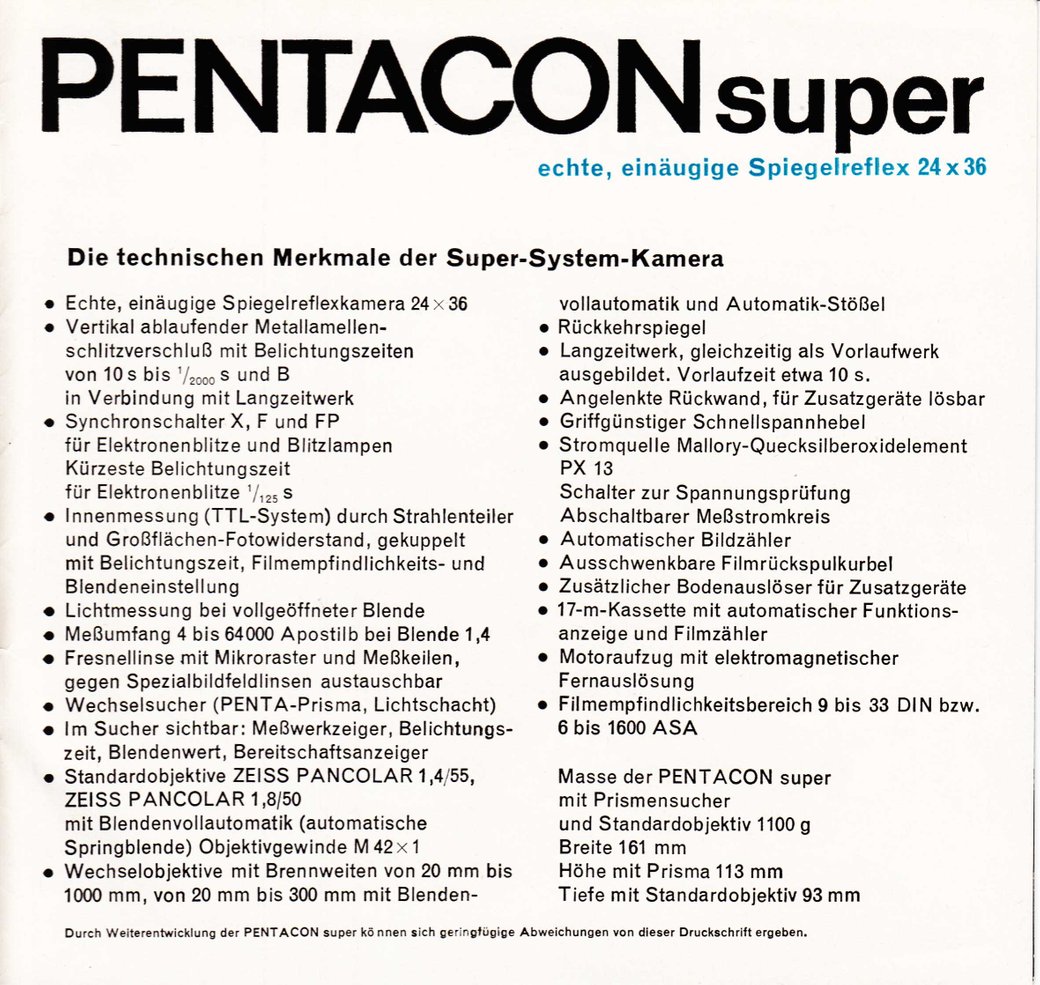 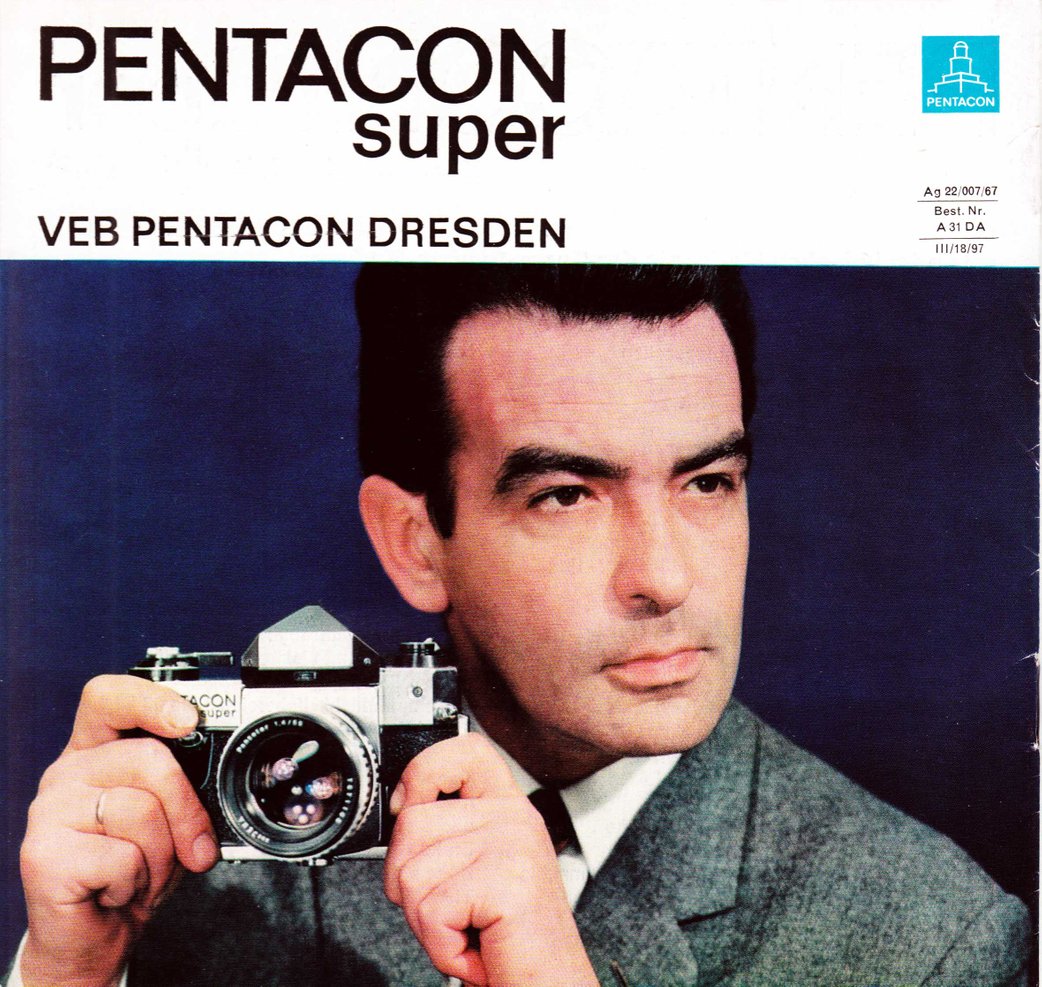 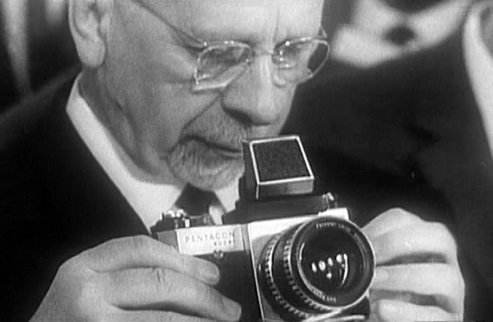 Walter Ulbricht, leader of party and state, holding a Pentacon Super in his hands. (picture: DFF)