Usually you don’t get acquainted with the person who designed the lens on your camera. Just as you don’t know who conceived its shutter or mixed the emulsion of the film you’re using. But there are some people who are outstanding in a way that they are still prominent almost one century later. And in terms of lens designing Ludwig Bertele is one of these exceptions. 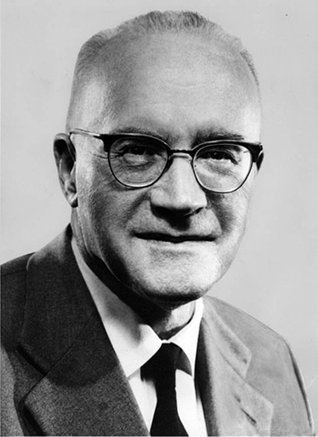 Although Ludwig Bertele is often put into context with Carl Zeiss Jena he actually was never employed by this company. In 1919 he was recruited by August Klughardt – the head of the optical department of the Heinrich Ernemann AG in Dresden. But soon the exceptionally talented and more or less self-taught Bertele started to outperform his patron Dr. Klughardt by developing photographic objectives with maximum openings unseen before: The Ernostars 1:2 and 1:1.8. And when the Ernemann company was forced to join the new Zeiss Ikon AG in October 1926 Bertele automatically became the “in-house” lens designer of this subsidiary company of Zeiss Jena. He literally refused to go Jena where the photo-optical department was run by university graduates: Dr. Wandersleb, Dr. Merté and Dr. Richter. Bertele, who didn't have an academic degree, feared he simply would not be on a level playing field.

Staying in Dresden Bertele was able to advance his Ernostar by reducing the reflecting glass-air-surfaces to a number of six instead of eight by simply filling air spaces with low density glass. In a time without anti-reflex coatings this step meant a huge progress. The new design later called Sonnar was first patented on the 14th of August 1929 [German Patent No. 530,843]. This new Sonnar-type soon turned out to become one of the most advanced lens constructions of the 1930s. It was made in form of a standard focal length for the Zeiss Ikon Contax with openings of f/2 and f/1.5. Computed in Dresden but made in Jena there soon came up an internal rivalry between the Sonnars on one hand and the Tessars and Biotars of the Zeiss department on the other hand. 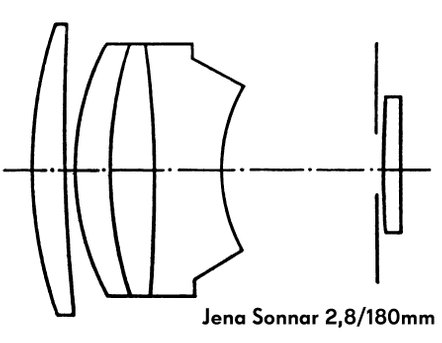 Providing an advantageous short back-focal-length the Sonnars were also a good basis for telephoto lenses. Starting with a Sonnar 4/13.5 cm in October 1931, Bertele later even designed a 30 cm f/4 Sonnar (August 1938/April 1940). But on the 12th of February 1936 Ludwig Bertele was able to finish the computation of the splendid f/2.8 Sonnar with a focal length of 18 cm. This turned out to be one of the most successful photographic objectives of the Zeiss concern being made for more than half of a century. 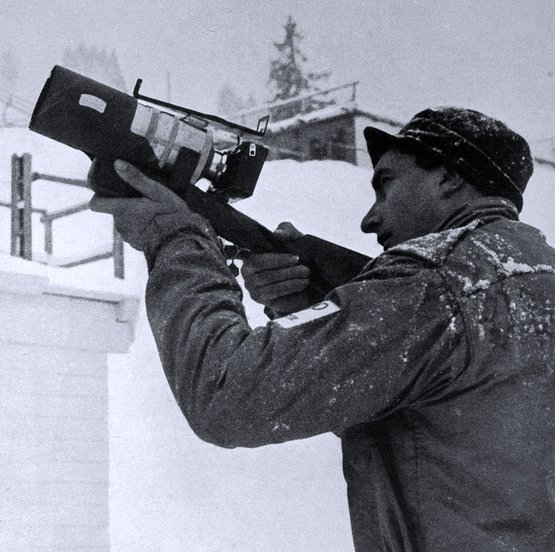 The designation "Olympic Sonnar" (German: “Olympia - Sonnar”) derived from the fact that it was first used at the Winter Olympic Games of 1936 in Garmisch-Partenkirchen (6 to 16 February). Contemporary photographs are showing Nazi journalist Lothar Rübelt literally "shooting" with it in form of a rifle. But actually this must have been a prototype lens (“Musterobjektiv”), because the actual serial production of the Sonnar 2.8/18 cm started two days after the Winter Olympics had finished. In the beginning Zeiss Ikon delivered the Olympic Sonnar with a direct mounting to the Contax rangefinder camera and a coupling to its internal distance metering mechanism. But this was not an ideal solution. To stay competitive to the new Kiné Exakta (for which the Sonnar 2.8/18 was delivered as well) Zeiss Ikon developed a mirror housing called Flektoskop. This bulky instrument with the laterally reversed and even upside-down image was cleary highlighting the limitations of the viewfinder-type of camera. 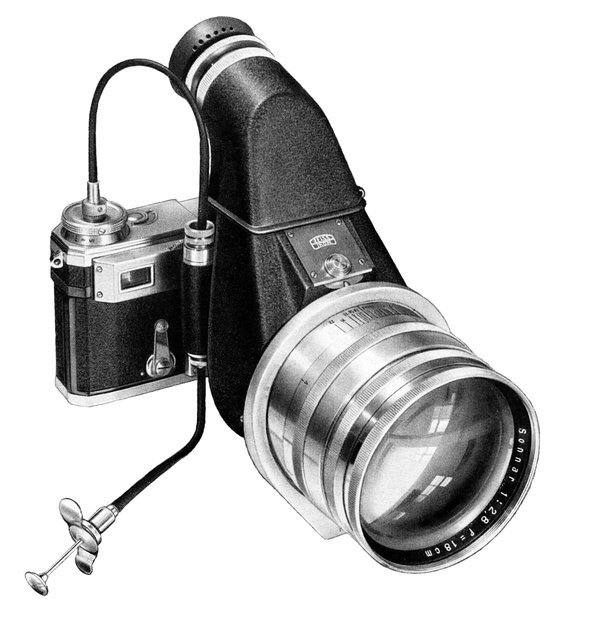 Being aware of these limitations of viewfinder cameras after 1945 the East-German camera industry totally focused on the type of single lens reflex camera. The Exakta and the Praktiflex were made again and Zeiss Ikon Dresden came out with the new Contax S in 1949. The latter being equipped with a pentaprism featured a viewfinder image that now was upright and true-sided. This prism viewfinder soon became the new standard for 35 mm SLR cameras. Equipped with such a prism viewfinder, it was never easier to make telephoto pictures with lenses like the Sonnar 2.8/180. 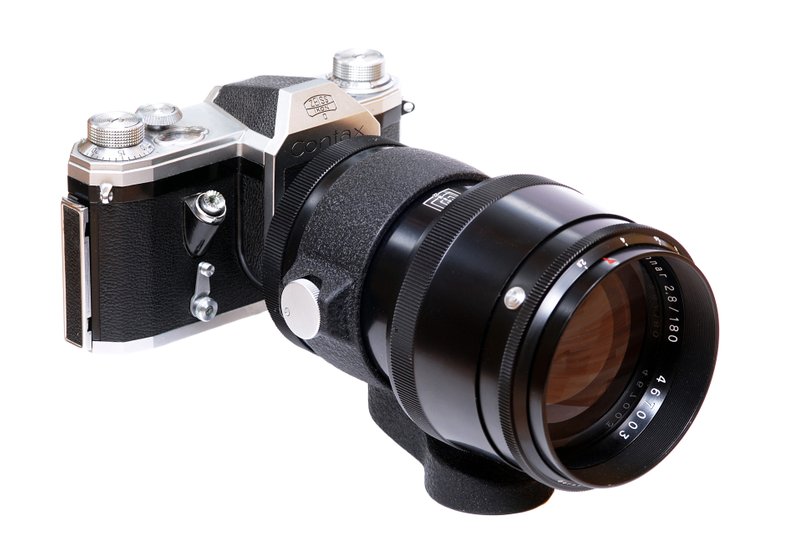 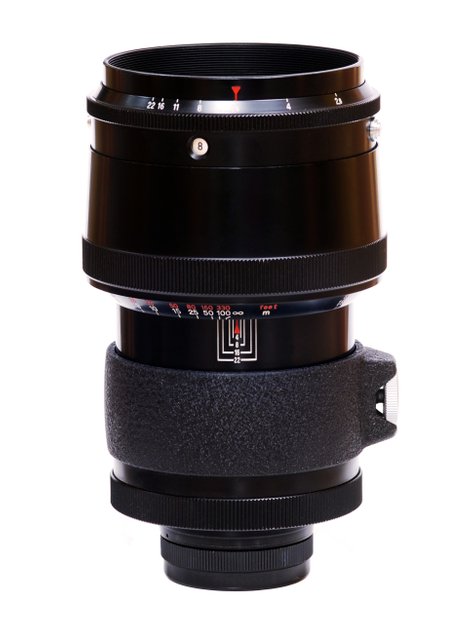 Originally the Olympic Sonnar was designed for picture sizes of 24x36 mm (“Kleinbild”) and 18x24 mm (cinema camera). But some photographers soon tried to adapt it on medium format SLR cameras. In the late 1950s, after the Praktisix 6x6 reflex camera was launched, one third party company offered an exchangeable adapter with Praktisix bayonet. Arbitrary switching from 35 to 6x6 was possible due to the fact that the Sonnar 180 mm still featured the original thread of the Flektoskop. So the mountings for different 35 mm reflex cameras were removable, too. 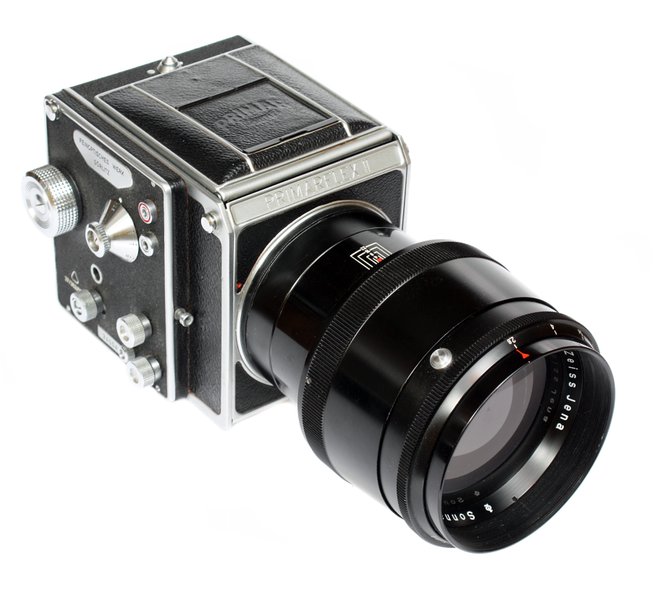 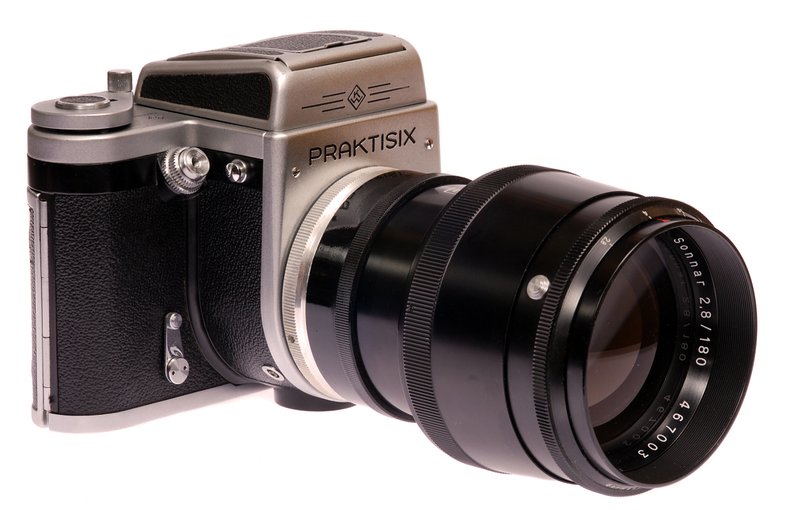 It surely can be seen as a reaction of Carl Zeiss Jena on the accretive usage of the Olympic Sonnar on the new Praktisix when they took its capability of covering the 6x6 format as an opertunity to completely rework the lens in February 1959. Not only that it was optimized optically to better fulfill the requirements of the larger format, but it also got an entirely new mounting supporting the new fully automatic aperture stop down mechanism (ASB) of the Praktisix. For this ASB Sonnar 2.8/180 Zeiss Jena made adapters to feature fully automatic aperture for Praktina and Exakta and semi automatic aperture for M42 Praktica mount. This automatic stop down mechanism was based on modern technologies like ball bearings and this step forward took the Olympic Sonnar to an entirely new level of photography. This ASB Sonnar 180 mm was virtually made for 30 years without becoming totally outdated. 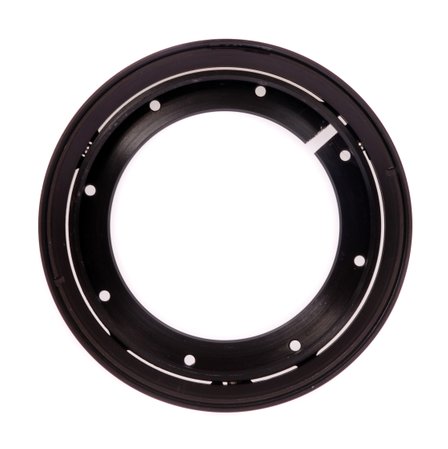 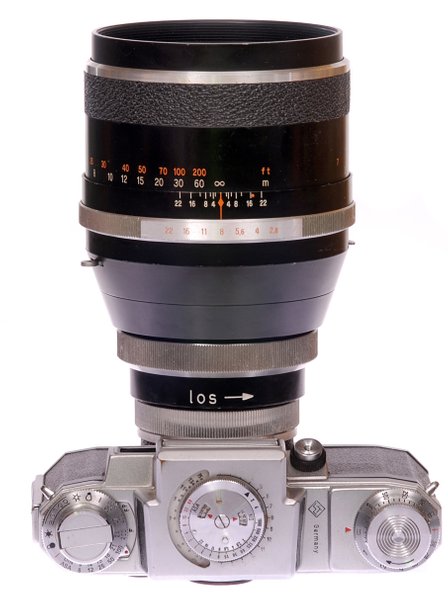 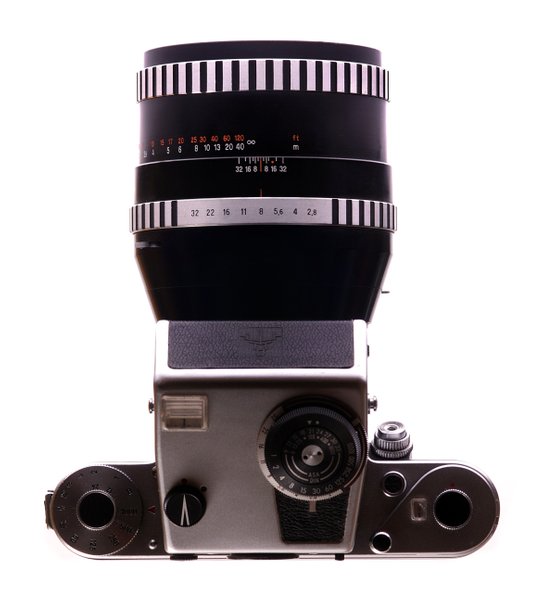 Especially on the Pentacon Six the Sonnar 180 mm was quite a compact medium telephoto (as far as medium format can be called compact). It soon became the standard portrait lens for many professional photographers in Eastern Germany and the Eastern Bloc. Starting with the so called “zebra version” in the mid 1960s the Sonnar got an extra steep focusing helix that made it much easier and quicker to set the sharpness. With the same step the limit for close focusing was reduced from 2.2 to 1.7 metres.

In the mid 1970s the outer style of Zeiss Jena lenses was modernized. The dated “zebra design” was abandoned in favour of a totally black mounting with cross-cnurled distance ring. This process of design shift was done in two steps. Parallel to the second step Zeiss Jena implemented a three layer multicoating. The Olympic Sonnar was now called MC Sonnar 2.8/180. A mechanical coupling for a short-lived adapter for Praktica cameras with electric aperture simulation (Praktica LLC, PLC, VLC, EE2 etc.) was added. But this setup soon became obsolete, because since autumn 1977 Carl Zeiss Jena made a new Sonnar 2.8/200 mm especially designed for the 24x36 mm format. Despite the slightly longer focal length this new telephoto was smaller and lighter than the combination Olympic Sonnar plus adapter. As a result for the next decade the Sonnar 180 mm remained in production for medium format utilisation mainly. 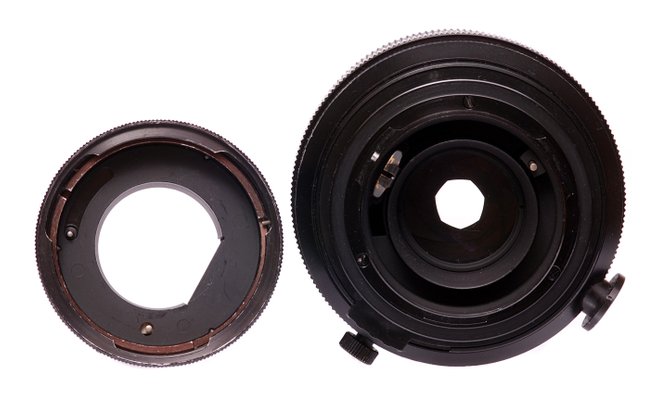 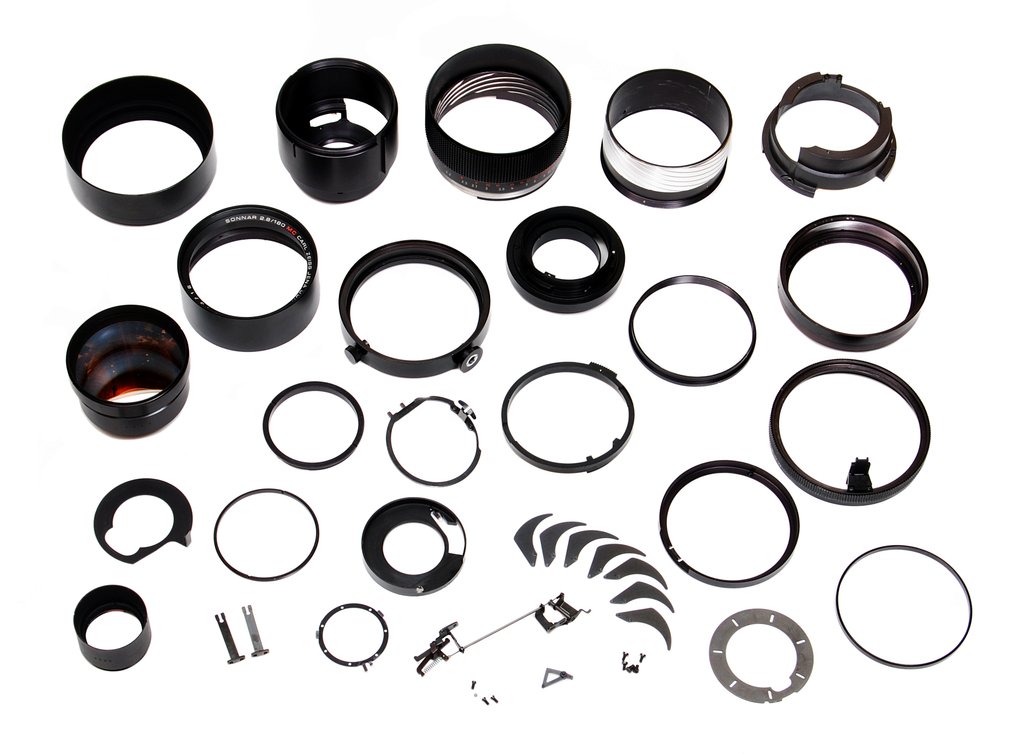 The MC Sonnar 2.8/180 was made until the end of 1990. This means that this lens was in production for almost 55 years. Summing up all the different versions about 91,600 pieces of the Olympic Sonnar were manufactured, starting with very low figures in the beginning (only about 1,300 till the end of the war) and a big peak of about 45.000 during the 1970s alone. In my opinion the Olympic Sonnar remains the most desirable lens for users of Praktisix and Pentacon Six cameras even today. 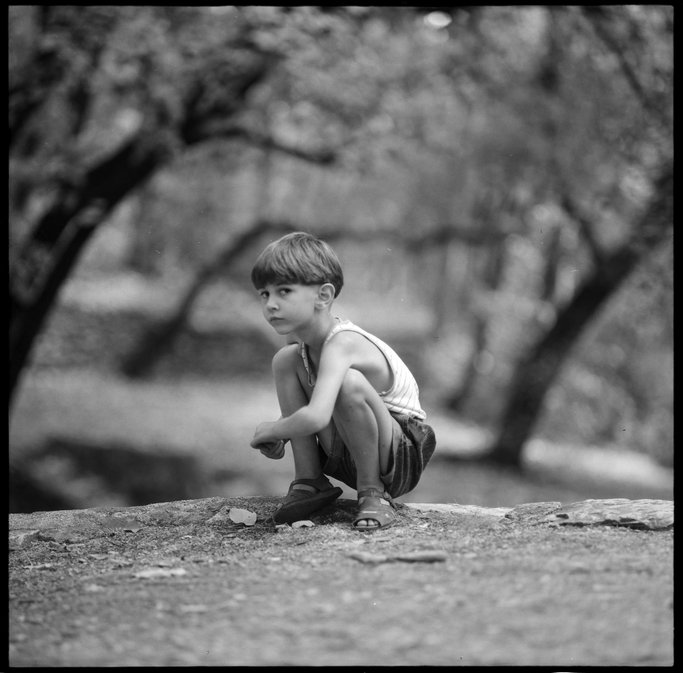 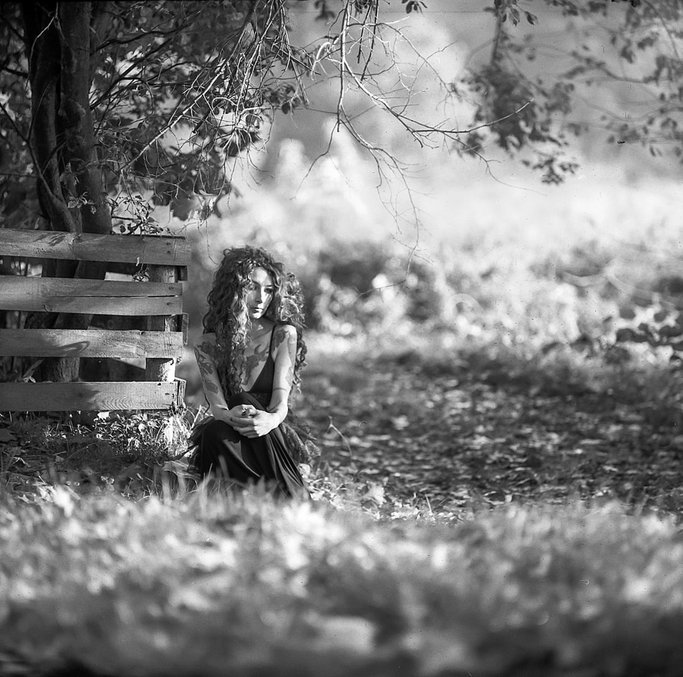 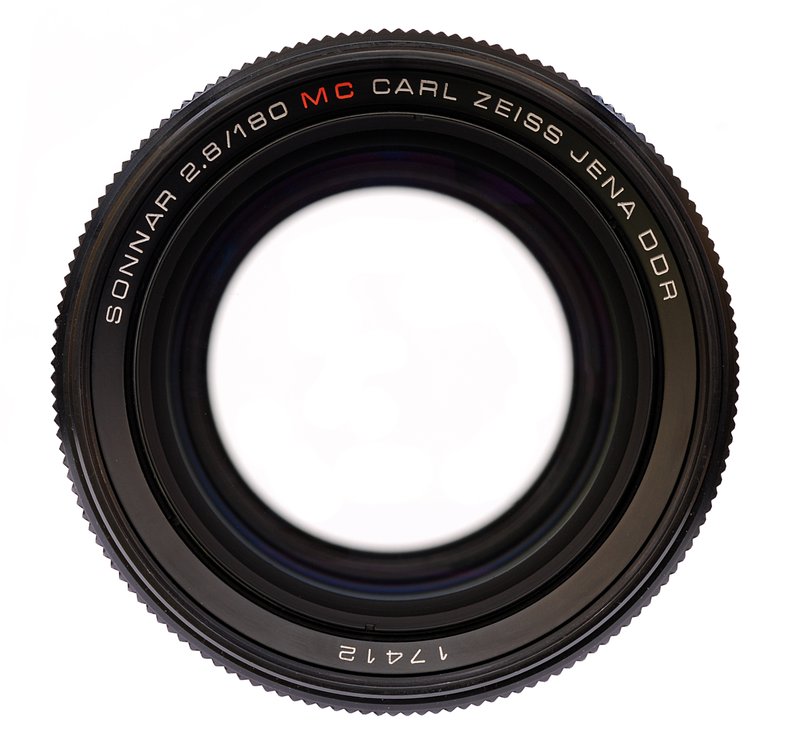